eCall is an initiative of the European Union for the implementation of a pan European emergency system for all passenger vehicles . The Russian Union decided to implement a compatible and interoperable emergency call system called ERA-GLONASS.

CEN and ETSI have defined standards enhancing - for automated or manual emergency calls - the existing European harmonized emergency service TS 12 with complementary signalling.  In the Russian Union respective GOST standards have been developed and accepted to describe the service based on the by ETSI defined standards for mobile communication.

Prior to a voice communications between driver in the vehicle with the operator in the PSAP (Public Safety Answering Point), data the MSD will be transmitted from the IVS to the PSAP. If a voice channel cannot be established, the IVS tries to transfer the MSD via a text message (SMS) to the PSAP.

This certification mark is awarded within the scope of voluntary certification based on test criteria derived from the applicable eCall / ERA GLONASS standards. Conformity with the High Level Application Protocol (HLAP) and the MSD (Minimum Set of Data) is emphasised especially. The continuous adaptation of the eCall test environment to current standards and the procedures for quality control of the software development process are part of the review process in the annual audit.

1. Conformity with applicable eCall GOST – R54619 and GOST R54620:
Conformity to the above mentioned GHOST standards will be validated by an application test and an audit.  The application test checks whether particular requirements of the standards GOST 54619 for data communication with respect to HLAP and MSD have been implemented correctly. It will be verified in an audit, if the development process follows well defined rules and procedures, ensuring that new versions of the test centre due to improvement of standards or functional modifications don’t negatively influence the quality of the test centre. 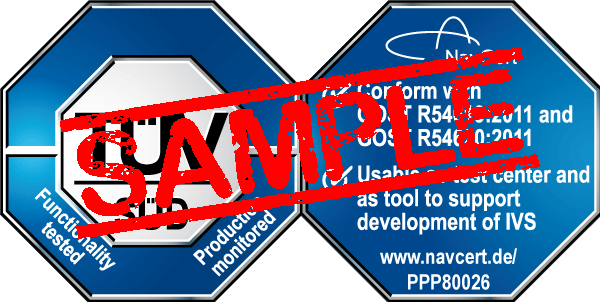